Jimmy Yuma is a guitarist and a member of Deuce's solo career lineup, playing guitar on his songs and live shows. He is also a member of Nine Lives.

He was born and raised in Los Angeles in his parents house somewhere in the valley.

He is the guitarist of Deuce's solo lineup and Nine Lives, playing guitar on most of his songs alongside Deuce (who plays the bass) unlike Deuce, he actually plays guitar live. Along with being a guitarist, he also provides unclean backup vocals on several songs.

While he was never a member of Hollywood Undead, he did know the band, partially due to his help in writing This Love, This Hate and being Deuce's personal assistant on HU's tours.

Jimmy Yuma has only worn three masks with his time in Nine Lives. First was a ski-type mask. Second was a George W. Bush mask . Third is a fairly basic mask, that is black on one-half, and gold on the other. L 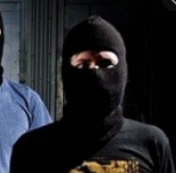 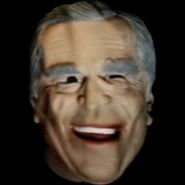 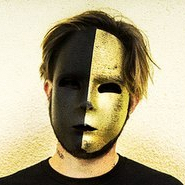