Funny Man is one of the five current members of Hollywood Undead.

Funny Man is a big live favorite of the band due to his lively performances and crowd hyping. He has been known to jump into the crowd, often be shirtless and occasionally not wear pants. Although he isn't as frequently featured on songs that much like Charlie, J-Dog or Johnny his songs are about partying, drinking, women, and having a good time. He very rarely appears on serious tracks.

His favorite song from V is Cashed Out.

Funny Man joined the band soon after it was created by J-Dog and Deuce and provided backing and the occasional verse on many of their early songs. In the early life of the band, he wore a black cloth mask that covered his whole face. Before joining, he was the "groupie" of Johnny's previous band, 3 Tears, being given the title through turning up to all of their concerts. During Swan Songs, Funny Man was regularly featured in songs providing backing vocals. He is featured on nine songs doing rapping and most other songs providing backing.

Funny Man's 2006 mask was a black mesh mask on which he usually wore sunglasses.

Funny Man wore a black mask with three dots on his right side, and his initials "FM" on the other, written in yellow. The mask had a passive facial expression and the overall look of a gorilla's face.

During his time with his Swan Songs mask, Funny Man grew to dislike wearing masks, so he returned to his black mesh fabric. On the left cheek, the mask has an ironed badge of a screaming skull with two swords and his initials, "FM" along with the word "undead" on the top. It closely resembles the Oakland Raiders' logo. The three dots on the right side have also returned in silver but now it has two on the top and one on the bottom.

Funny Man's mask looks much like a mask of a luchador (Mexican wrestler). It is black with a silver gorilla face as a reference to his nickname King Kong. Just like the previous masks, this one features his initials "FM", now moved to his forehead and the three dots on the left. It was a cloth mask with two white laces that had "King Kong" written on them.

During the 2014 tours Funny Man started to dislike his new mask, so he went back wearing his former one from American Tragedy. However, instead of a badge, the mask now has a silver "LA" written on it with the lower part of the L being the A's horizontal bar. The three dots returned to their original arrangement. The mask also lacks some of the finer details from the American Tragedy mask, such as the thin mesh covering the face of the mask, and being a bit smaller, as it does not extend down the neck but ends just below the chin, like the Notes from the Underground mask.

Like most members of the band, Funny Man has also replaced his mask with a chrome one, although he previously stated that he disliked wearing masks. His new mask is reminiscent of a regular goalie mask with dozens of small holes, a prominent forehead and a nose that faces inwards. He retained his three signature dots.

Funny Man has a black mask, red mask, and a blue mask with the three dots using the secondary colors for each. 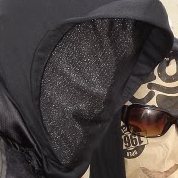 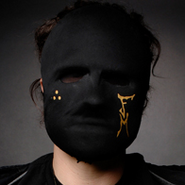 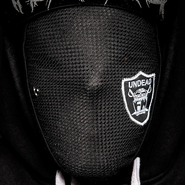 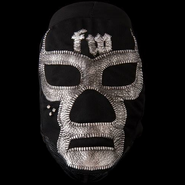 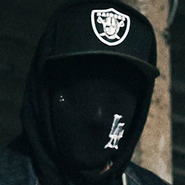 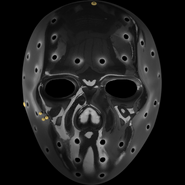 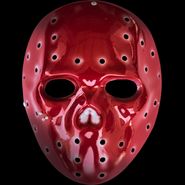 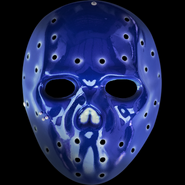