Danny is one of the five current members of Hollywood Undead.

Danny is one of the current vocalists for Hollywood Undead, replacing Deuce since early 2010. He began to tour with them prior to his official introduction to the band in mid-2008, filling in for Deuce while he was absent.

He has stated that his top three songs off of American Tragedy are My Town, Hear Me Now, and, I Don't Wanna Die. However, he said it was hard to decide as he loves all of the songs.

His favorite song from Day of the Dead is War Child, mostly because of the live performances.

His favorite song from V is Ghost Beach.

Danny was touring with the band since mid-2008. On tours, he wore two gold masks with black paint splatter on it.

When he joined the band, Danny's mask was metallic gold with a Latin cross on the left eye. The right side of the mouth also had a small, hardly noticeable grin.

Danny's mask is similar to his old mask. It's still gold but less metallic. The Latin cross appears to be inverted and is made of bullet casings. The bullets are 6.5 Grendel. The darkening splatter has returned and it varies in color. The right side of the mouth still has the grin, but it's more noticeable now.

Danny's mask is now covered with a golden chainmail making it hard to distinguish its facial features. Underneath the chainmail, the mask is black with a cross painted with bright gold around its left eye. The molding seems to be less angular and more rounded compared to the previous mask, although the mouth is hard to see, it also retains some of its aesthetic features. The strap used to fasten it to Danny's head also seems to have a chainmail aesthetic. It also seems that the mask represents a burlap sack that was used to put on somebody's head before execution.

Like most members of the band, Danny has also replaced his mask with a chrome one. The mask has one color and retains his signature smirk. The cross is no longer a physical attachment to the mask and is instead painted on and designed to look like graffiti. 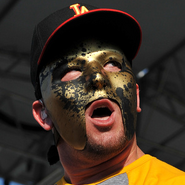 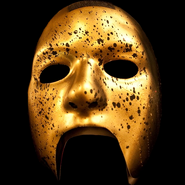 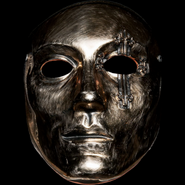 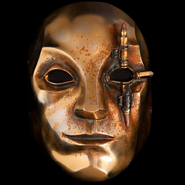 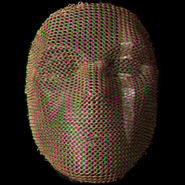 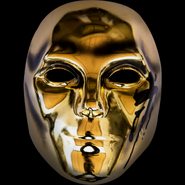 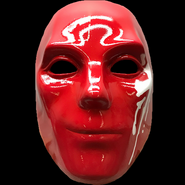 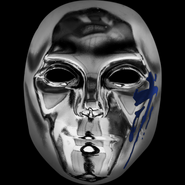