Charles P. Scene is one of the five current members of the band Hollywood Undead.

Jordon Terrell was born in Burbank, California on September 3, 1985. He knew future bandmate Funny Man from a young age, and they hung out very regularly growing up. Charlie is featured in almost every song from the band and usually raps about partying, girls, drugs, drinks and kicking ass, although he has also written verses about emotional, strong thoughts. He is classified as the "gangster" of the band. He appeared at the Family Values festival, which also featured Jonathan Davis and his band Korn.

His favorite song of theirs is Bullet. He came with the idea in a cab when he was buying a suit for a wedding. Most of the members disliked it at first because it wasn't their usual style.

His favorite song from Day of the Dead is War Child with Take Me Home being a close second.

His favorite song from V is Broken Record.

Charlie Scene's masks have never truly been "masks". Instead, he uses a bandana. The reason for this is because he would rather wear something comfortable, like cloth, than a solid mask.

Initially, Charlie had no money for a mask so he simply wore a Del Taco bag as a mask with holes for eyes and sunglasses. He didn't like it so much because it wasn't comfortable, so he changed it later in time.

Charlie wore a black bandana and sunglasses. The bandana had a white city style drawing with the letters "LA" stylized on it in the shape of an AK-47. The top of his bandana read "Charles P. Scene".

Charlie's bandana had "Charlie Scene" written on it instead.

Charlie's bandana remained the same as the one he was wearing during Desperate Measures, only with inverted colors.

Charlie's bandana is the same as the one he was wearing during Desperate Measures but the black is replaced with charcoal grey.

Charlie Scene's bandana looks really close to his Desperate Measures bandana. The image on the mask appears to be slightly different. It still features the AK-47 with "HU" written in it, the city seems to be in ruins, similar to the Day of the Dead single cover, and a thick cloud of smoke is drifting above it. The color of the bandana is black, instead of grey.

Charlie still wears a bandana, but this time without images. He no longer has his name on top. On top he has the word Hollywood with his name under it, now being broken up in two lines but retaining the previously used font. Under his name, he has "LA" written stylized with the two letters merging into each other. 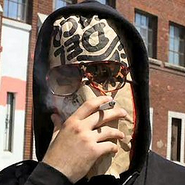 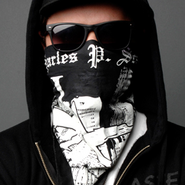 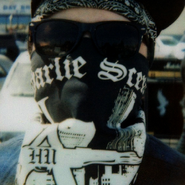 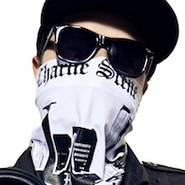 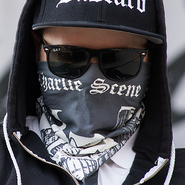 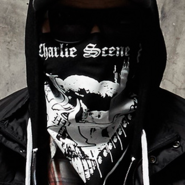 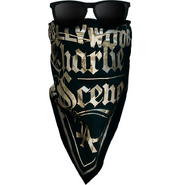 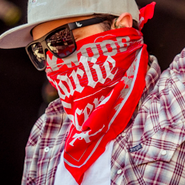 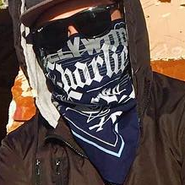